Home Pictures This Albino Dog Has To Wear Sunglasses As Too Much Sun Could Kill Him, And It’s Completely Adorable.
Pictures

This Albino Dog Has To Wear Sunglasses As Too Much Sun Could Kill Him, And It’s Completely Adorable.

Sherlock, who is an albino miniature schnauzer, was unfortunately abandoned at birth.

Netta McKay who is an animal fosterer for more than 10 years, took him in.

Netta told the Metro: ‘I had absolutely no intention of keeping Sherlock.’

However, the pup and Netta created an unbreakable bond, so she decided to adopt him on a permanent basis.

She said: ‘I just fell in love with him instantly, there was something about him. I didn’t know what to expect but I just knew he belonged to our family.’

Due to his albinism, Sherlock has to limit his time in the sun to lower his risk of developing skin cancer. He also has to wear sunglasses every time he steps outside.

Described as being a hit with the ladies, as-well as ‘cute and cocky’, Sherlock is quickly gaining followers on his Instagram account.

Check out the adorable pictures below. 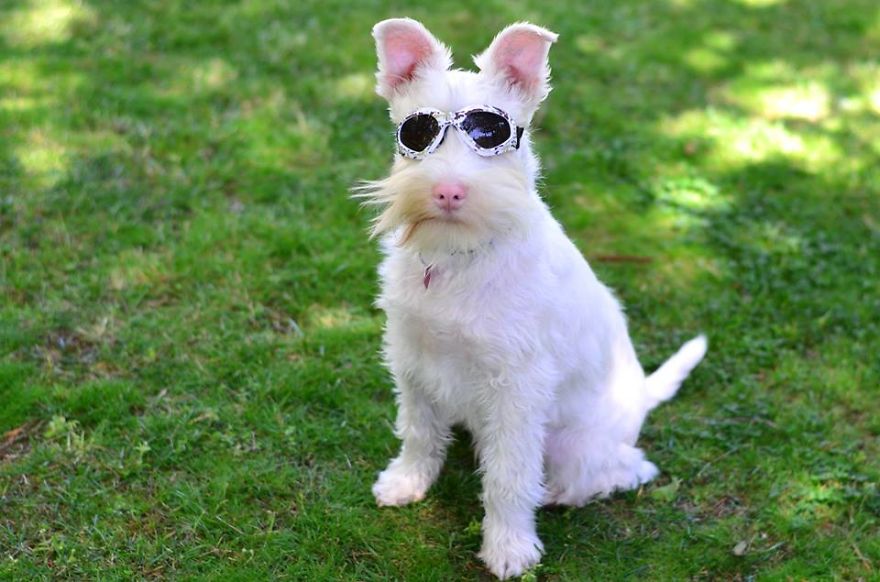 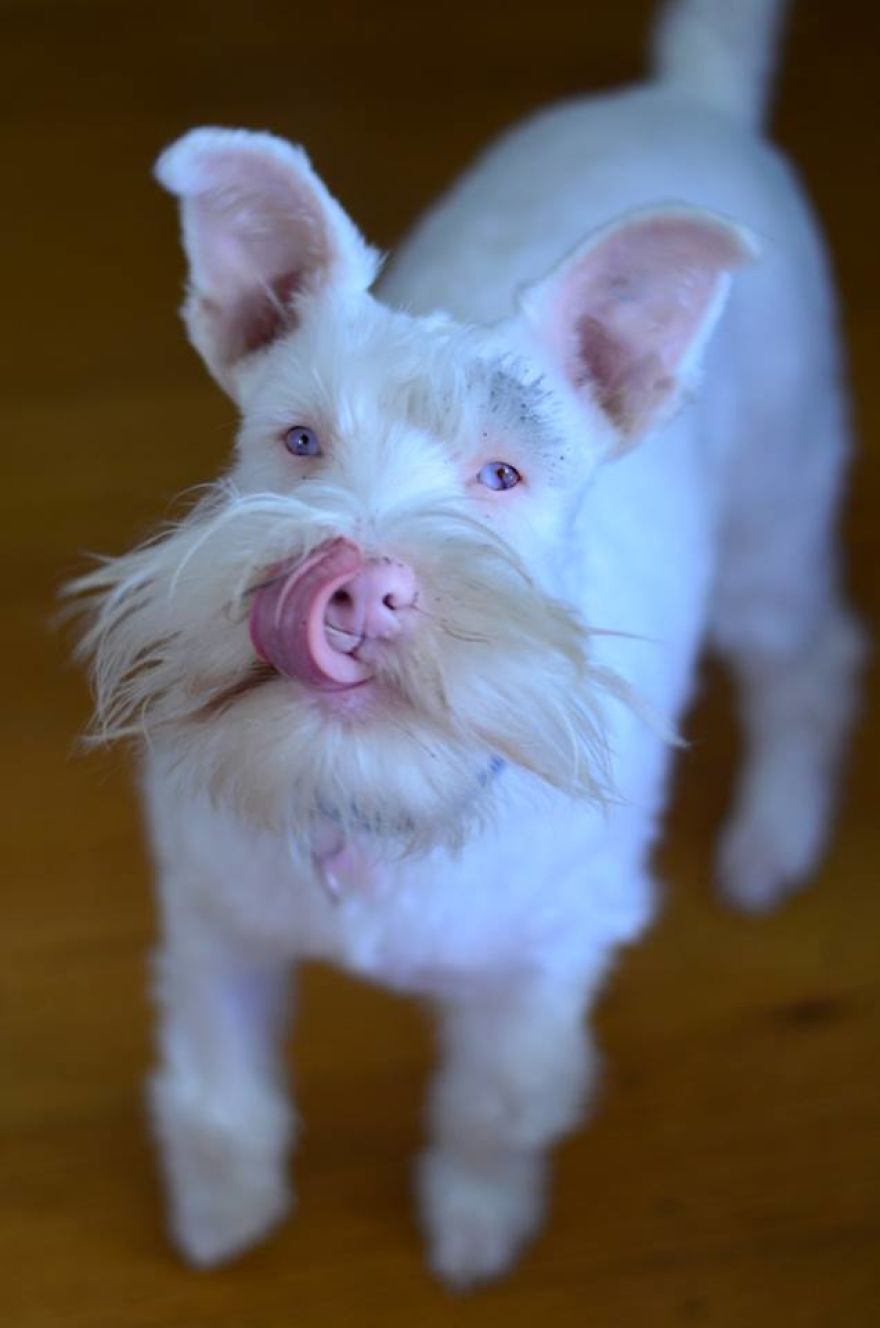 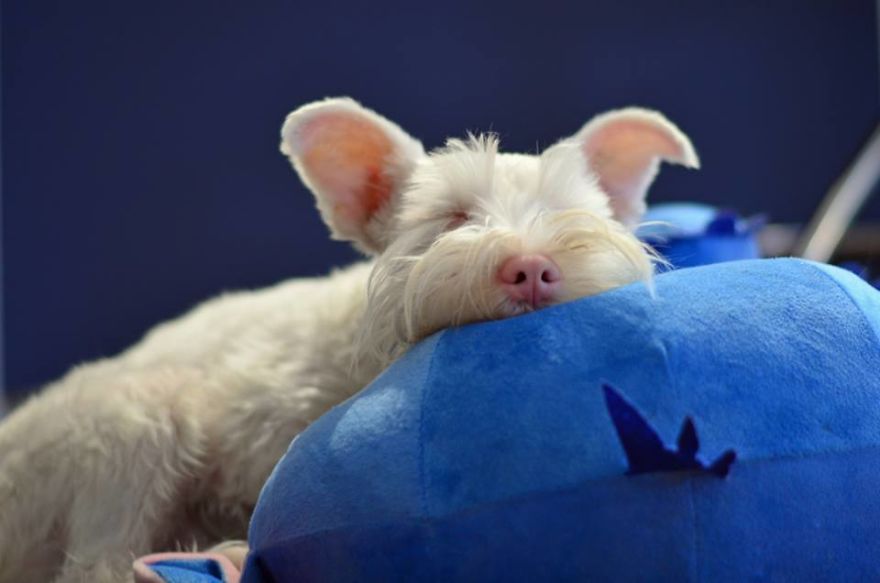 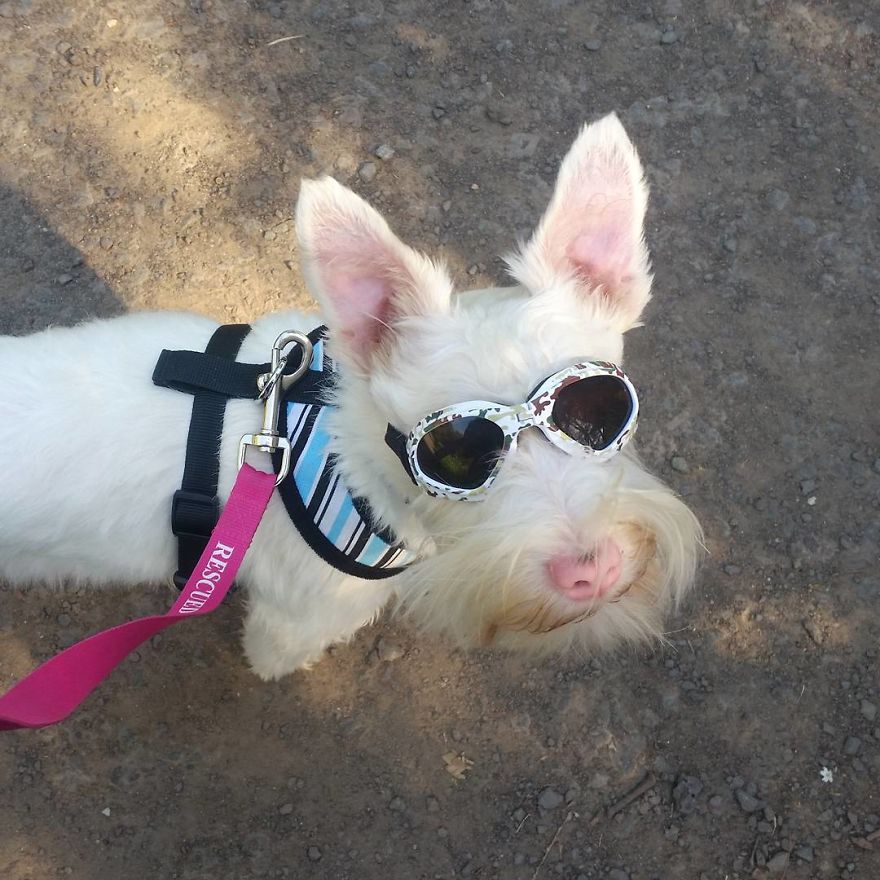 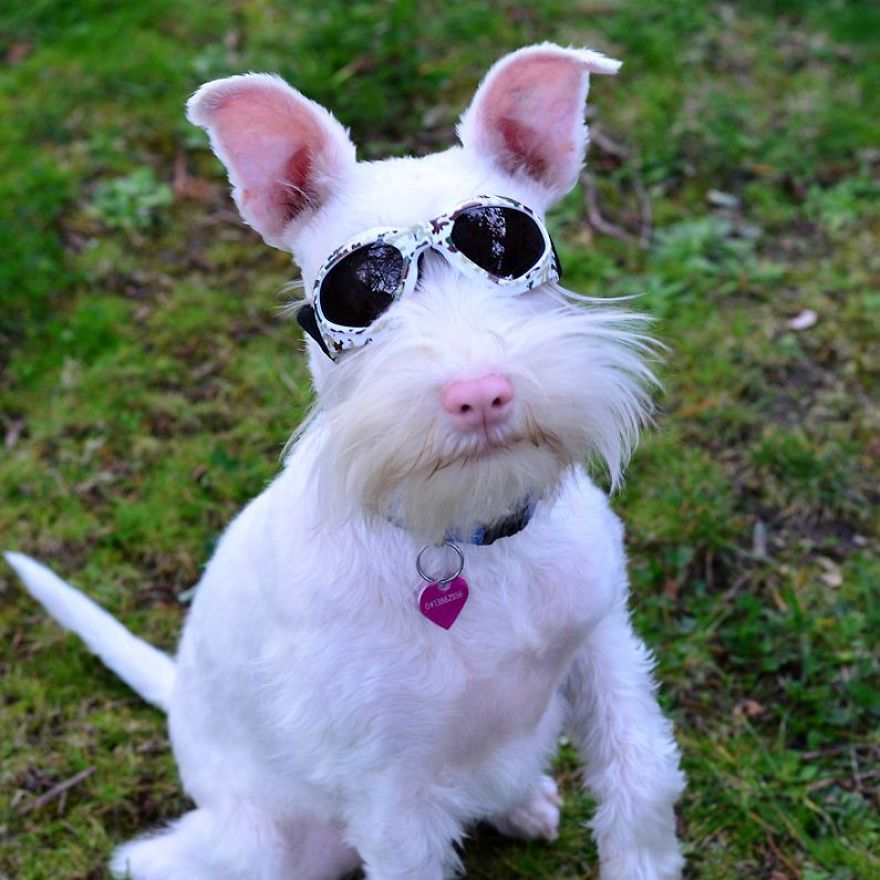 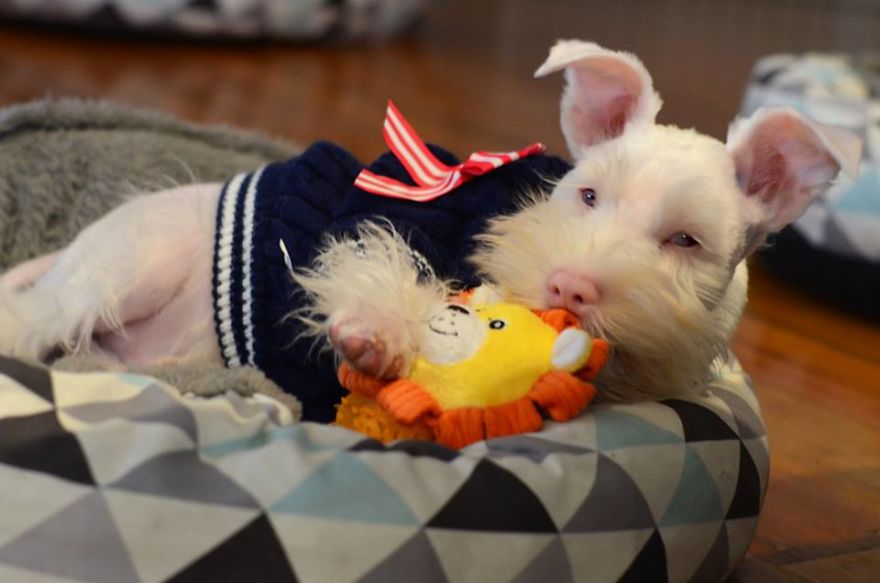 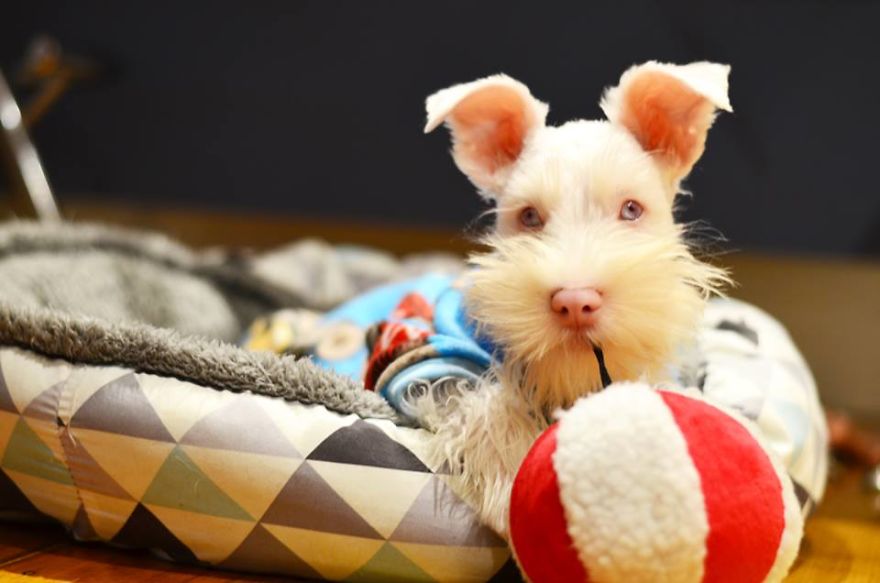 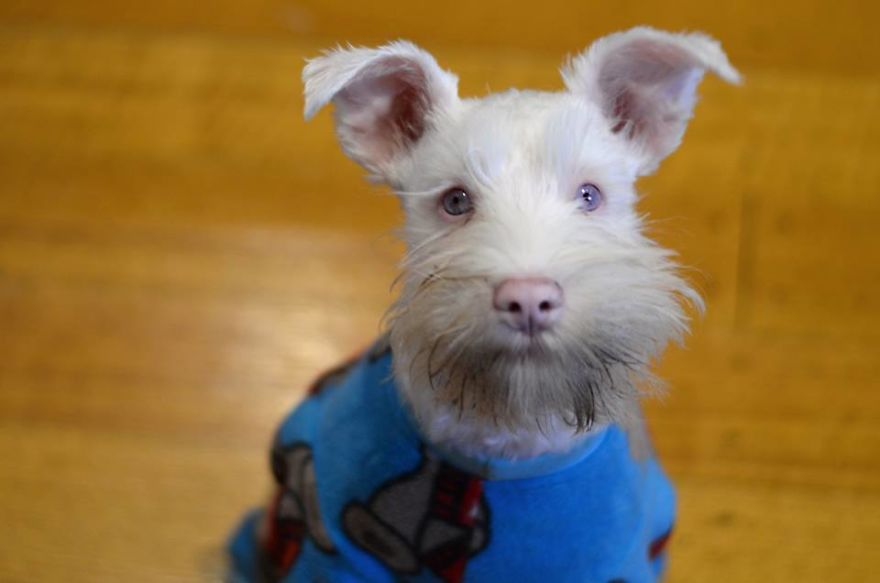 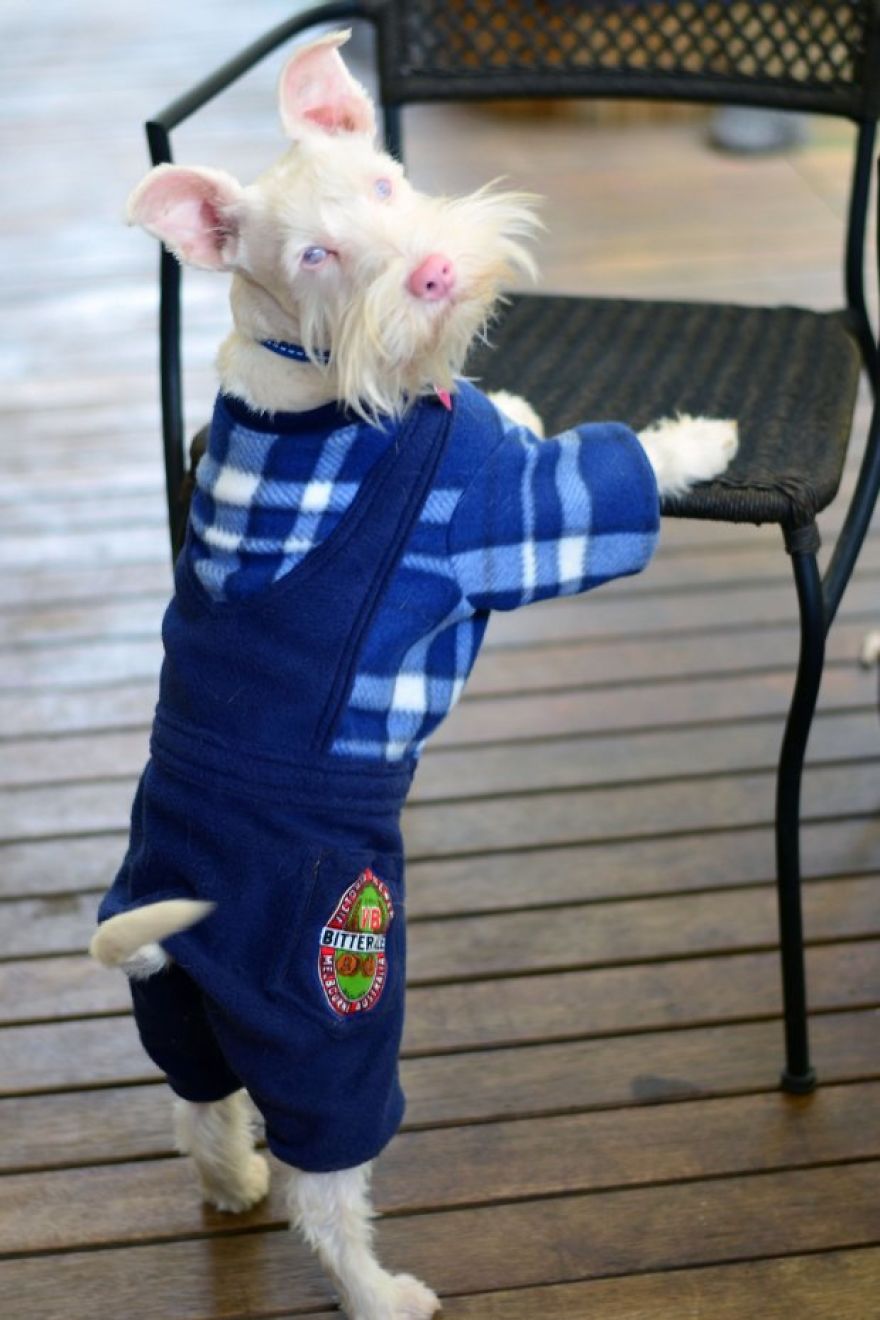 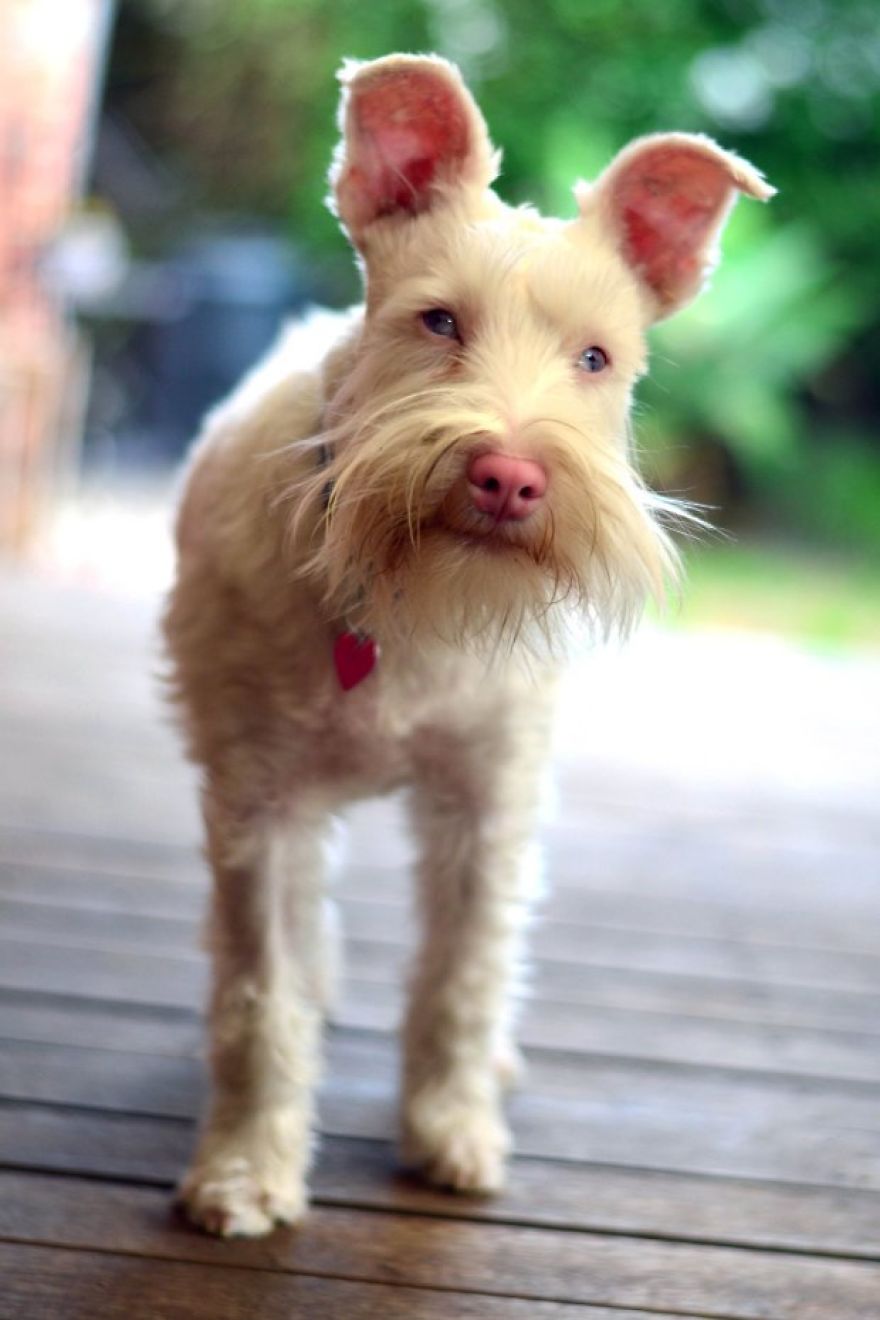 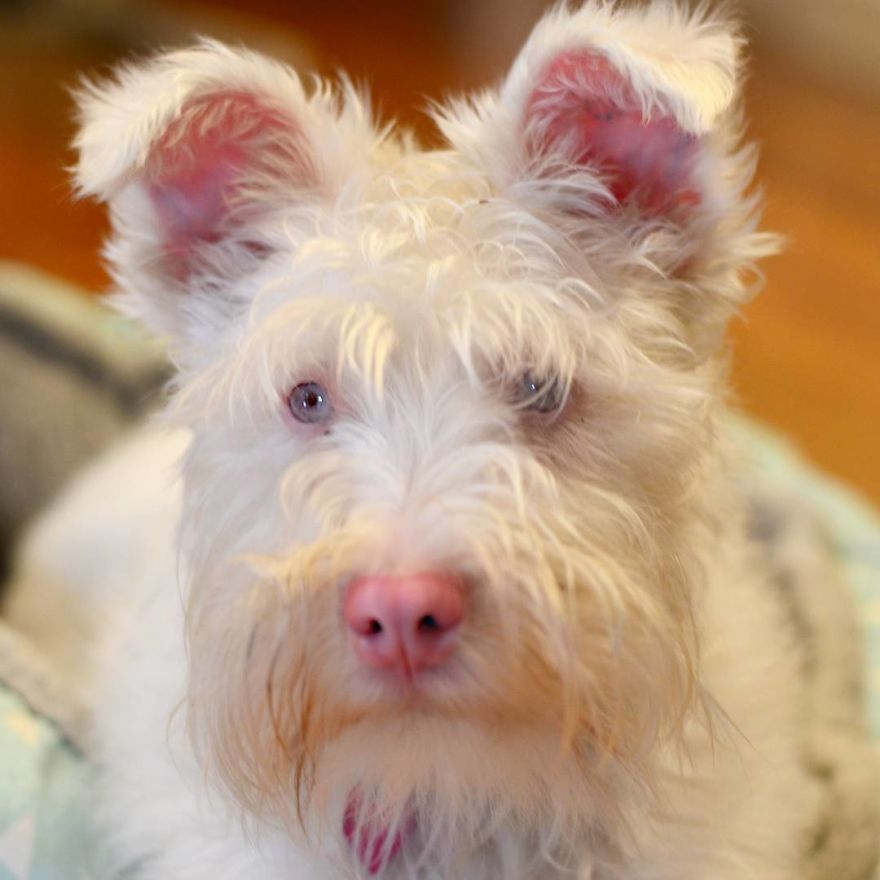 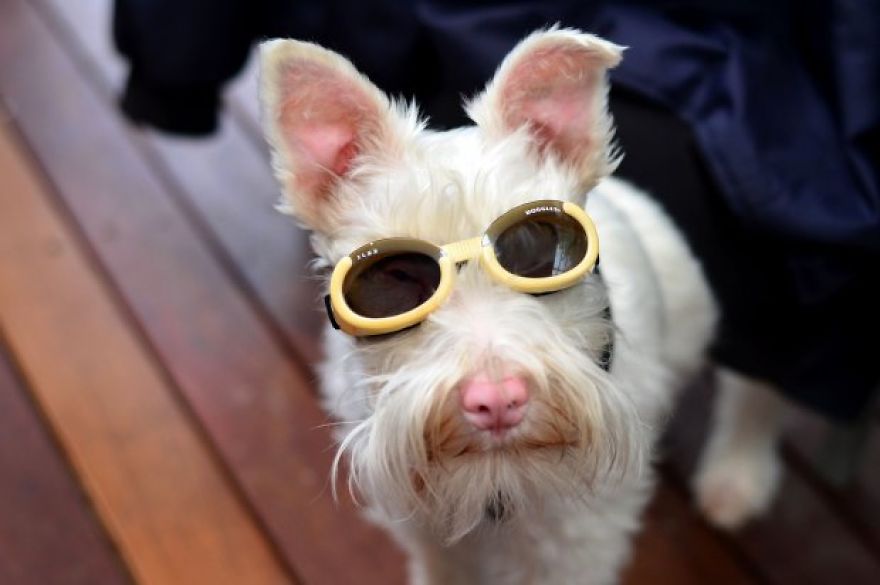 This Is What Happens When Dogs Decide To Eat Bees.

This Woman Paints Glorious Art On Smoothies And They Look Almost Too Good To Eat.

YOU WON’T BELIEVE HOW MUCH MONEY THIS WOMAN...

This Is The Saddest Cat In The World,...

Say Hello To The Most Beautiful Kitten In...

THESE 10 PICTURES OF DOGS CELEBRATING THEIR BIRTHDAYS...