Home Pictures This Random Friendship Between A Dog And A Duck Is Sure To Brighten Up Your Day.
Pictures

This Random Friendship Between A Dog And A Duck Is Sure To Brighten Up Your Day.

True friendship is accepting each other no matter what.

And this is exactly what this duo have done.

Husky Max was adopted when he was five by Patrick and Kirsten Riley, of Minnesota, USA. He lived with the couple and their other husky, Sasha.

But when Sasha passed away, Max was lonely.

To fill the hole in Max’s heart, the couple adopted Quackers – a duck!

Within time, the pair became inseparable.

Their favourite spot is the side of Highway 28 in Strout, Minnesota, where locals often see them strolling together – and love to snap a picture of the unique bond between the two animals.

Neighbour Alisa Godejahn WCCO-TV: “Sometimes on my way home, I actually hope they’re out there because they’re just too precious to look at.

“We see people stopping over there all the time. The traffic gets clogged up over there sometimes because of all the pictures getting taken.” 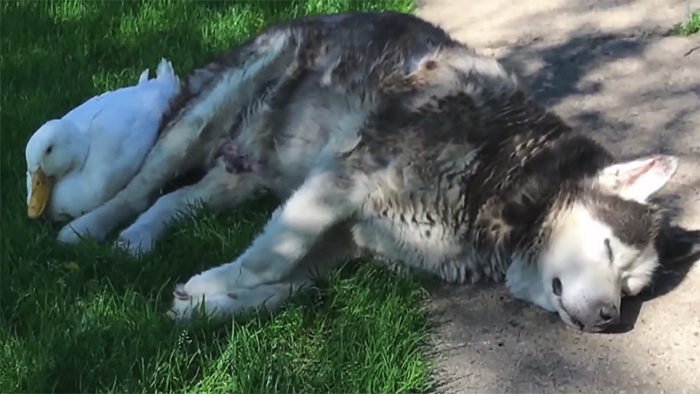 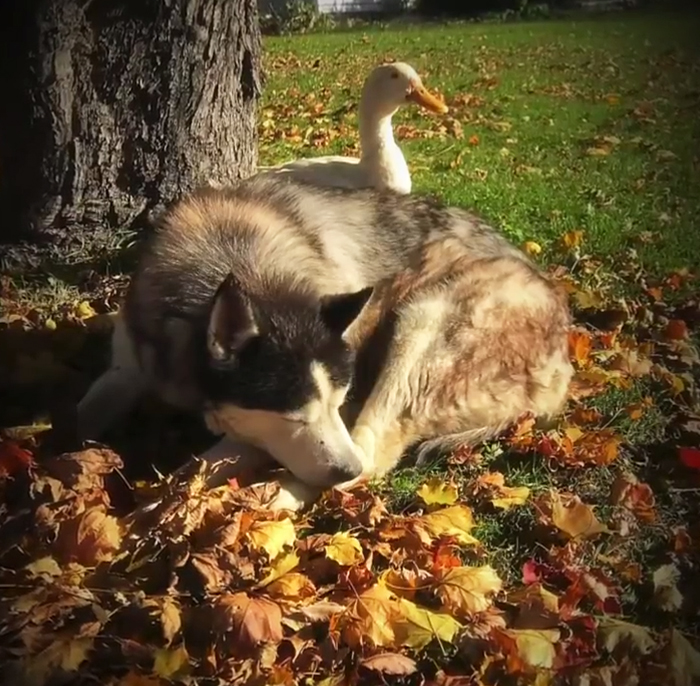 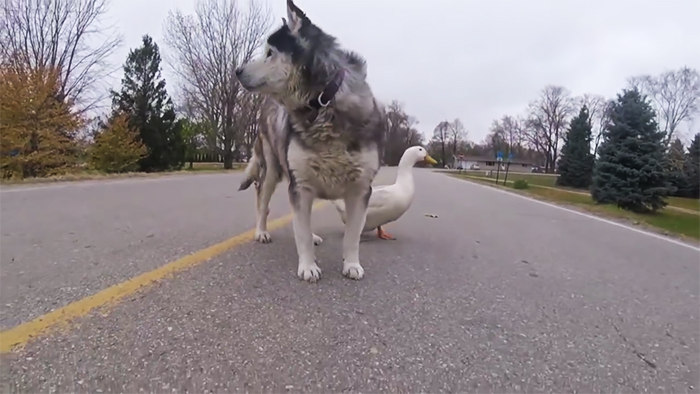 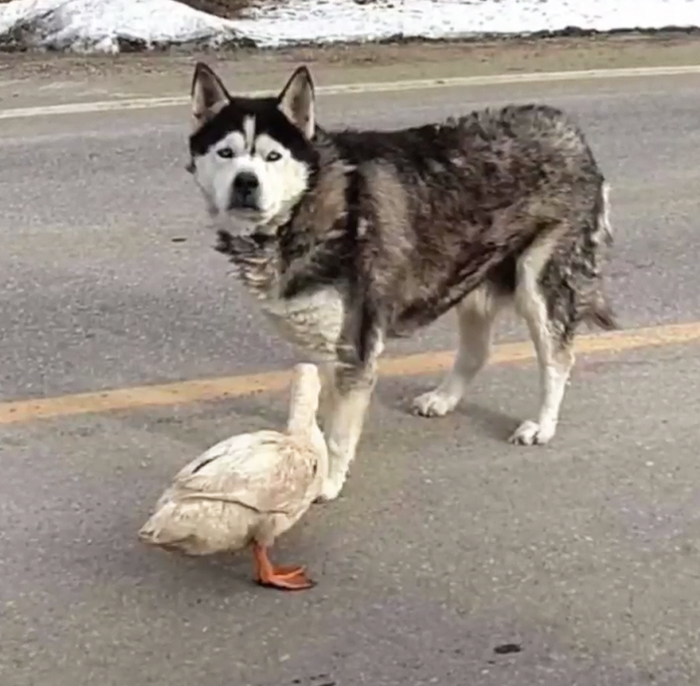 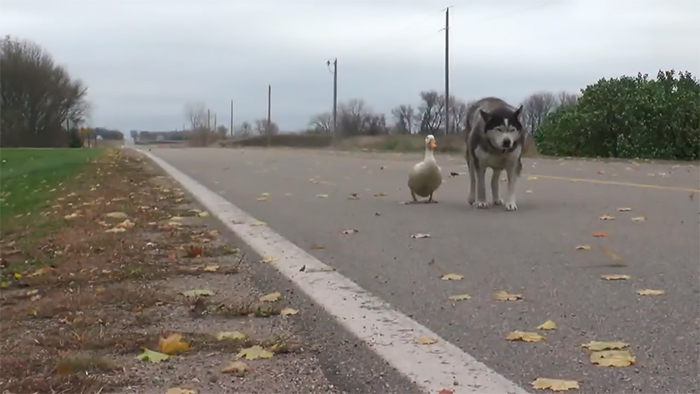 Say Hello To The Most Beautiful Kitten In The World.

China Have Just Opened The Most Impressive And Innovative Library In The World, With Over One Million Books.

This Spilled Coffee Has Been Turned Into Incredible...

Photographer Finds Locations From Postcards In The 1960s...

We Need To Taco ‘Bout This Dress!

Man Gets Woke Up By A Strange Noise,...