Imagine walking along the seafront on holiday, enjoying the sight and sound of the waves, when suddenly, a massive iceberg floats over the horizon.

That’s what’s happened to residents of a sleepy fishing village in Canada, whose shoreline has been invaded by an iceberg bigger than the one that sunk the Titanic.

Ferryland, a small village on Canada’s East Coast, is situated near ‘Iceberg Alley’, a stretch of water in Newfoundland that acts as an expressway for the icy visitors.

Now, all of a sudden, Ferryland has been flooded with tourists keen to take snaps of the 150ft-tall ‘berg.

And because the iceberg is in shallow water, it’s going to be stuck there for a while, meaning big business for the little town.

Well, it will do when the village’s only two restaurants open on May 24th.

Take a look at some of the most incredible photographs taken of the iceberg so far!

The enormous iceberg, one of the first of the season in ‘iceberg alley,’ has turned Ferryland into a tourist spot. 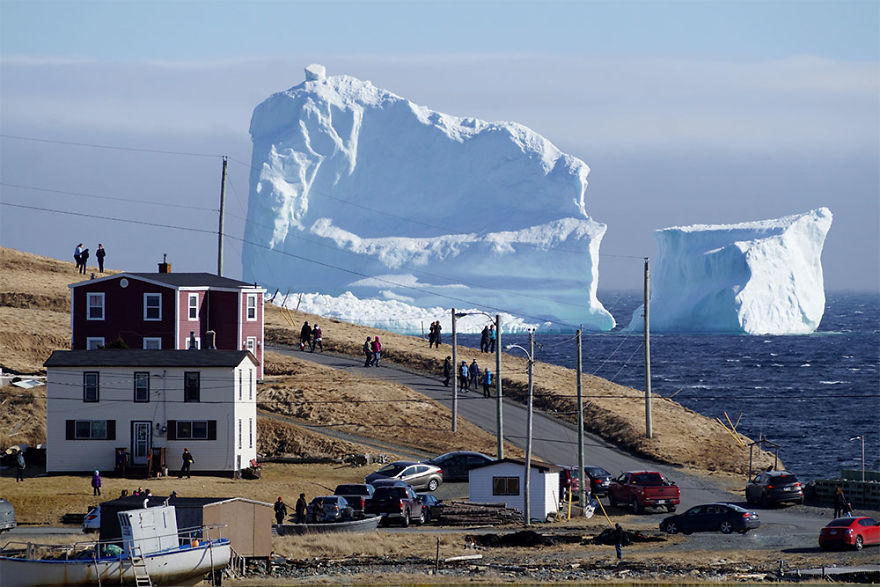 The iceberg is estimated to be about 150ft – over 50ft higher than the one which sunk the Titanic struck in 1912. 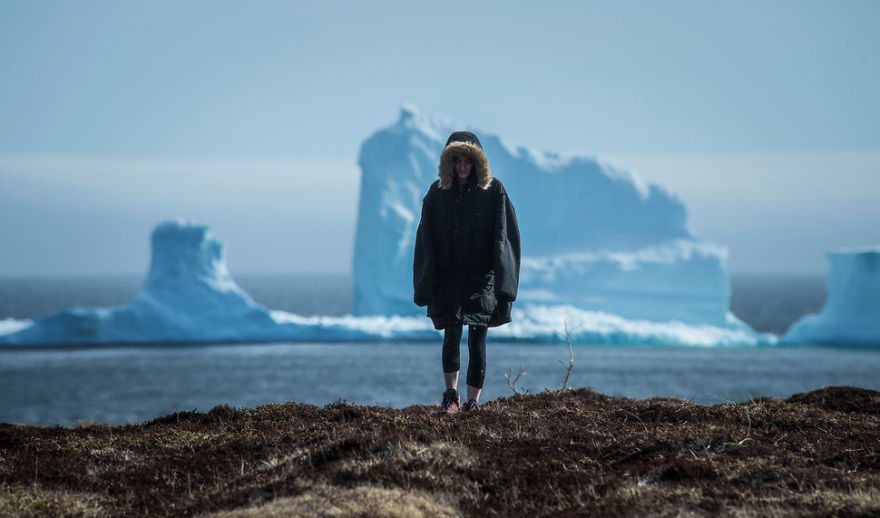 Icebergs are made from fresh water and local Canadians make their own alcoholic drinks with ice from frozen mountains – Iceberg Vodka, Iceberg Gin and Iceberg Rum, as well as Iceberg Beer.

Around 90 per cent of an iceberg is underwater, with just the tip visible above the surface.

Around 90 per cent of an iceberg is underwater, with just the tip visible above the surface.

The iceberg’s proximity to the town can be seen in this map. 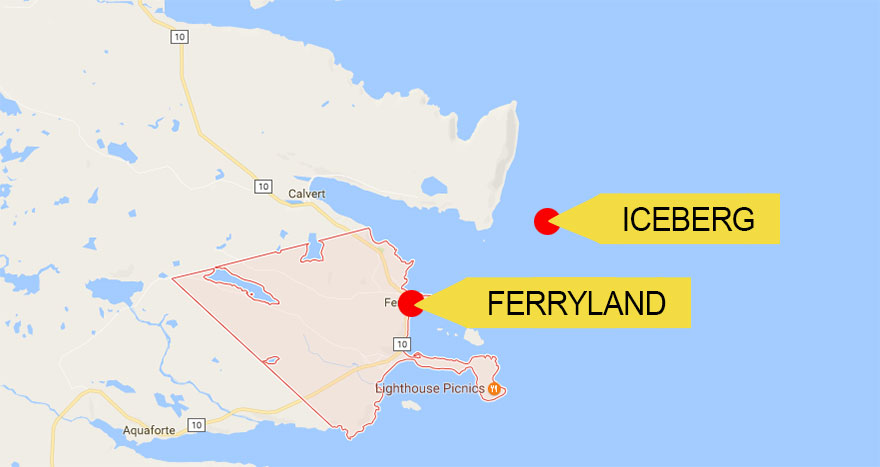 Photographers eager to get a snap of the immeasurable ice cube caused traffic jams along the Southern Shore highway. 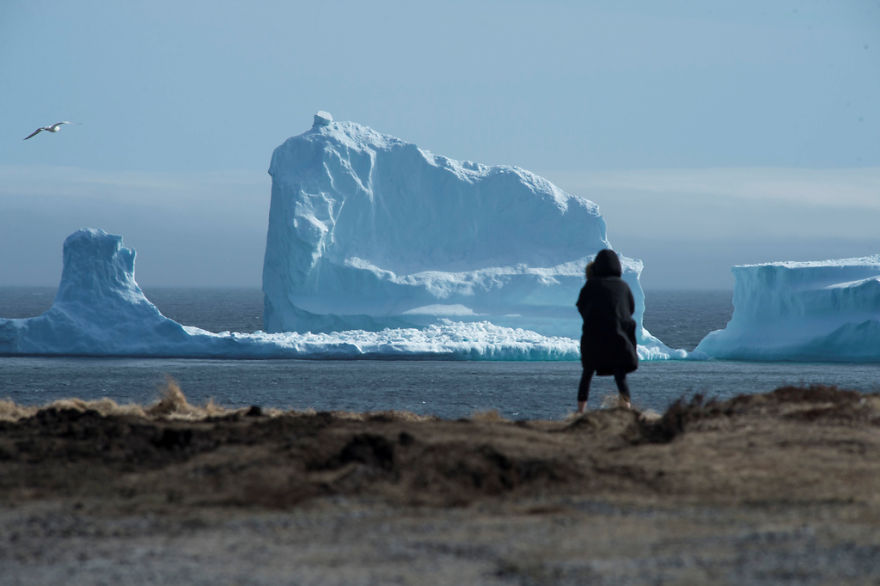 This Designer Creates Dresses From Materials You Wouldn’t...

This Is The Squirrel Olympics, And The Pictures...

This Is The Saddest Cat In The World,...

These Digital Sculptures Are So Good That You’ll...

The Coldest Village In The World Is Freezing...