Home Pictures Woman Shares The Ultimate Tribute For Her Dog Who Died And It’s Got The Whole Internet Tearing Up.
Pictures

Woman Shares The Ultimate Tribute For Her Dog Who Died And It’s Got The Whole Internet Tearing Up.

After 21-year-old Amy Thompson lost her adorable dog, Archie, she gave him the ultimate tribute by sharing videos and pictures of the golden retriever’s best moment online.

Amy’s parents Pete and Sharon got Archie when he was just four months old.

He lived a healthy life, but at the age of ten, the pup fell ill. 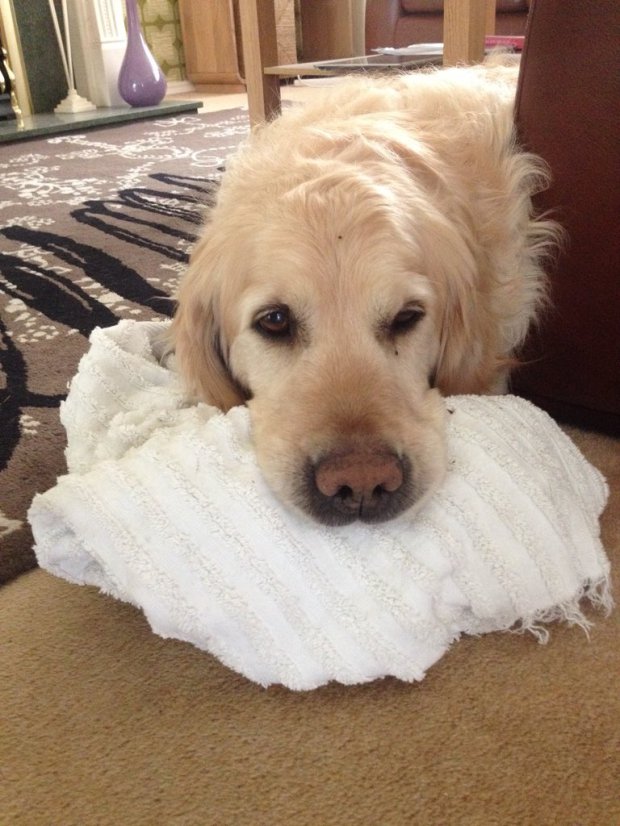 Amy told the Metro: ‘At first doctors thought it was a stomach infection, then a kennel cough, and on Friday the 27th I received the dreaded phone call that it was cancer and he had days left.

‘It was such a shock to our family.

‘Our beautiful and vivacious little brother would be leaving us much sooner than we had hoped.

‘We made sure his last few days were full of hugs and plenty of snacks and treats.’

She first announced the heartbreaking news.

Then going on to share some of Archie’s greatest moments.

1. The happiest dog in the whole world. Chilled vibes pic.twitter.com/uuVRKGIZqK

2. Whenever anyone comes to the house he’ll bring them a present. This day was his bath towel. Too cute pic.twitter.com/gs0yWkeGxy

4. At his favourite beach in Croyde ?? pic.twitter.com/5Evtua7Urk

7. The most beautiful boy pic.twitter.com/lWGfUpqMXa

She also shared a quite upsetting photo when he was extremely ill.

6. He is very poorly now. He can’t breathe very well and has panic attacks but he’s trying his best. Giving him lots of hugs and treats pic.twitter.com/Rcr6WdpKFz

October 31st would be Archie’s final day, with him passing away at 3:05pm.

9. Today will be Archie’s last day. We can’t make him happy anymore and we want him to be at peace so he’s getting lots of cuddles & snacks pic.twitter.com/zcjMvoeQNf

This Woman’s Selfies Are Fighting Back Against Unrealistic Beauty Standards And They’re Hilarious.

This Guy Makes Incredible Portraits Of Our Favourite...

This Species Of Cat Is The Most Adorable...

This Photographer Captured Cats High On Catnip And...

This 90-Year-Old Grandma Uses Small Village As A...